Here's just a bit of biographical info about what we've come to call "Team Nibiru" – the key players in bringing you the first book in the series, and all the books to follow. It's been an adventure for each of us as individuals, and as a team. There have been tough times and disappointments, but over all, we've loved it!

​If you have any questions, comments or other communications for or about any of us, give us a shout using the contact form down below. We'll be happy to hear from you! 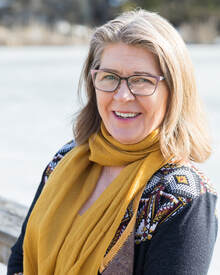 LORNA CARLETON – Author
I make my home in West Kelona, British Columbia. I'm a BC native, and have a "day job" as a Safety Advisor for a major utility. I'm also working toward a university degree. Though I've dreamed of being an author since childhood, and made several attempts at novel writing, The Dragons of Nibiru is my first published story. The newest book in the Dragons of Nibiru Series, Dragons of Earth, is my second – and I look forward to bringing you many more. My inspiration for the stories came from observations of life over the years; chief among them were clashes among diverse cultures, and the struggles of former cult members to get on with their lives and find happiness. While continuing the series, I'm also quite excited to be planning a vacation trip to the Pleiades Cluster – providing I can find suitable transport (technological or otherwise).

RUSSELL WILLIAMS ​– Editor
Russ is a freelance editor and writer, currently living in Prescott, Arizona – a long way from his native Pittsburgh. In addition to decades spent in the world of words, he’s been an educator, a counselor, a publisher, a marketer, part of a cardiac and vascular surgical team, and a clinical researcher. He’s even dabbled in construction work, sales and marketing. No matter where he’s worked, though, people have sooner or later discovered his way with words, and he’s wound up wearing the writing hat once more. This time, it was a dragon princess and her dynamic young companion who sought out his services. Who could say no to such a pair? He’s been more than happy to oblige them.  www.roundlyworded.com

DANIELLE HEBERT ​– Designer & Illustrator
Danielle is an artist and musician now residing in Canada. She was born in rural Quebec, Canada, where she grew up surrounded by horses, fireflies and nature. She has had a fruitful career as a singer songwriter, recording five albums to date. In Vancouver, BC, where she lived for twenty-two years, she ran Dark Horse Productions, recording music, creating designs
for album covers, websites and promotional materials, and producing radio and TV commercials in both French and English. In 2010, she left everything behind and took off on a short solo motorcycle trip – which lasted for two years and covered
​much of the North American continent. She moved to Turkey in 2013, and for the next ten years traveled and worked in several countries across the European continent. At the end of 2022, she returned to her native Canada, where she now freelances as an illustrator, translator and musician. www.daniellehebert.com.